How to supersleuth out a great place to work 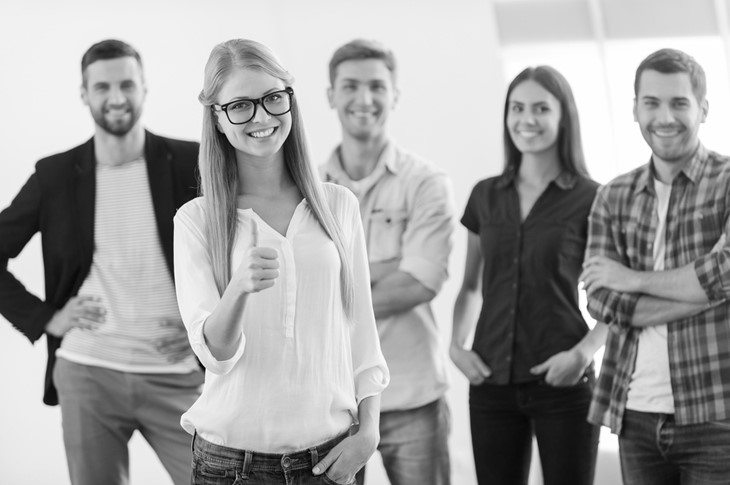 Admit it. Rather than take the stairs to the floor below, who wouldn’t prefer to whizz down on a slide?

And, instead of yet another espresso to survive the 3pm office slump, doesn’t slipping into a sleep pod for 40 winks appeal more?

When it comes to the wow factor, these workplace perks on offer at tech firms in Silicon Valley (and some in the UK), tick all the boxes.

But there are other, far simpler, things that can mean work is somewhere you actually want to be - and you can learn to spot them before you start a new job there.

From noticing generally how people act when they’re at work, to the nitty gritty of what’s on the walls, here’s how to go supersleuth and find out if you’ll enjoy being part of a team before you sign on the dotted line.

Is the receptionist ignored, or included?

When you turn up for an interview, the first person you meet is usually the receptionist. And chances are, you’ll be asked to sit and wait in reception for a while.

Here’s a task to distract you from any pre-interview nerves you’re feeling.

As staff walk in and out of the building, do they have generally wave a friendly ‘hello’ to the receptionist? Or do they power past, heads-down?

A warm workplace with a happy company culture means staff make the effort with each other, no matter where they’re at in the office hierarchy.

What’s on the noticeboards?

Even in our digital-first age, most workplaces still have places where they pin announcements or notices for people to see. This gives you a chance to sneak a peek at the things on display.

Of course, a noticeboard that’s thin on juicy info and high on white space - apart from a flyer for an event that passed months ago - doesn’t necessarily mean that nothing goes on in the company. Plus, obviously many announcements now take place online.

But a designated space on the wall heaving with fun work party photos or congratulations on the latest company netball tournament win can be a sign that those who work together also choose to socialise together - or at least they’re encouraged to.

Any awards on the walls?

If your potential new company’s won external awards, it’s a great sign that it’s not just them that thinks they’re a great place to work - others do, too.
Top of the list? It has to be a ‘best employer’ award. Yes, ideally a nationwide accolade packs a powerful punch - but even something awarded locally is impressive.

Do a bit of online research, and you’ll probably be able to find out why they were chosen as a winner - including some insider flavour on what it’s like to work there.

Can you hear chatting and laughter?

Chances are, you’ll be shown round the office as part of the interview process. And this can be a chance to get a snapshot into daily office life.

Of course you’d expect a workplace to be focused and motivated to get things done - so that generally means people are heads-down. But hope for happy communal areas like meeting areas and cafes. Smiling faces, break-out laughter and colleagues chatting are all good signs.

It’s all in the gut

You’ve used your eyes and ears to look for signs on whether you’d enjoy working somewhere. But, as we encourage the job candidates we help at HR GO, don’t ignore your gut feeling, too.

When it comes to company culture, and colleagues, people want different things from where they work. What’s important is to decide what you’re looking for - and no one else.

So use your interviews as a chance to glean some vital intel. You’ll probably realise that - as fun as they are - slides and sleep pods have become less important on your workplace wishlist.

What to do if you’re aiming for a leadership role

How giving a helping hand can boost your job hunt

Your new career must-have? A mentor

Why finding a mentor can boost your job prospects